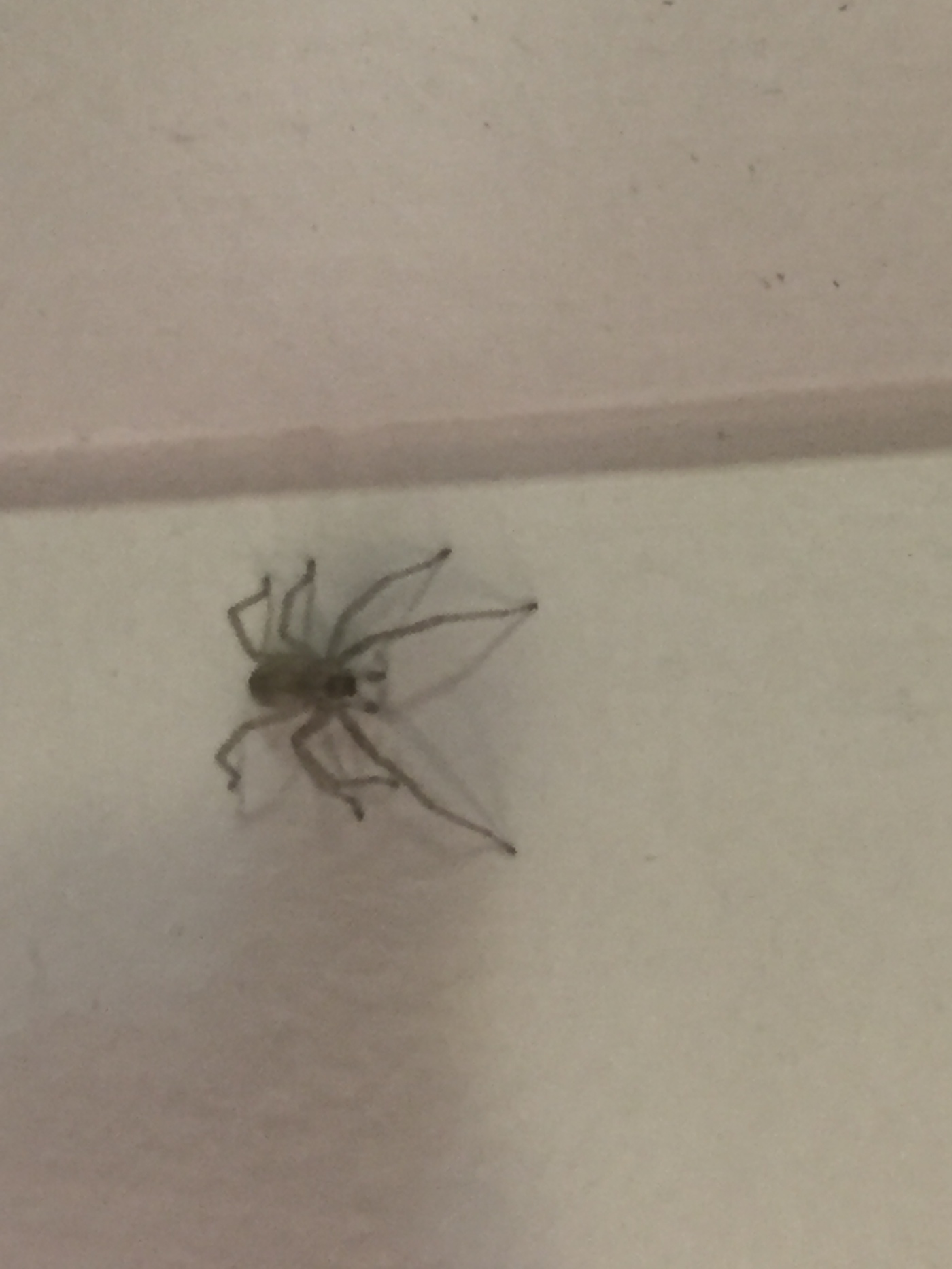 Seemingly, out of nowhere, a spider showed up in the kitchen. It was not an escapee (disclaimer). I watched, quietly amused, as he (swollen palps = male) busily traveled up the vertical wall, across the ceiling and down the other side of the kitchen in the time of about 7 minutes. I let him go about his wandering just to see where he’d turn up next, like a game of hide n’ seek. The next day, one of the cats was looking intently at the refrigerator. My cats are trained bug pointers, probably because of me yelling “GIT” (with back up from a squirt bottle) when they get too close to one of my “pet” spiders. Sure enough, the cats had spotted the kitchen traveler. There he was cruising up and down the frig door until he finally went underneath and out of sight. The next sighting was, again, in the kitchen. The spider hadn’t figured out the doorway yet. He was exploring behind the coffee machine. I smiled and reached a finger out to “tag” it. These spiders are not aggressive. He didn’t turn around and attack me. Instead, he went into a micro burst of speed in the opposite direction and then dropped, an effective escape tactic that I’ve learned to predict when trying to catch spiders in general. It’s been a few days and I haven’t seem him. I don’t know where he got off to. There are no signs, not even this type of spider’s tell-tale tag, the sac of silk left behind after the spider has molted or took a quick rest.

Commonly called Yellow Sac Spiders, these harmless spiders are often found in homes, their “sacs” being noticed along the corner transitions between wall and ceiling. Yellow Sac Spiders are in the genus Cheiracanthium and have been recently assigned to the family Eutichuridae. They used to be in the Miturgidae family (the prowling spiders) and can often be confused with spiders in the family Clubionidae. I have definitely been confused. I used to think all pale, yellow spiders were the same. Nope! This is the type of thing that keeps me so dang curious! 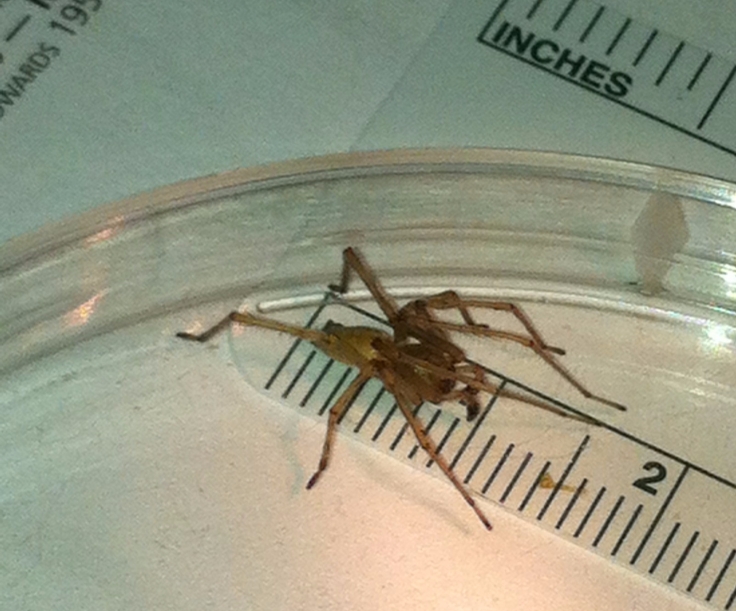 Yellow Sac Spiders have an over all yellowish, tan coloring with a dark face and feet. There are no stripes or other stand out patterns. They are always on the move as if they have an important meeting somewhere.

I’ve seen this type of spider show up in every house I’ve lived in since I was a kid. They’ve never caused any issues and I’ve never been bitten by one. I recall lying in bed one morning when I felt a soft, feather-like brush across my hand. Most people would probably jump out of their skin, but I guess since I’ve been friends with spiders since childhood, my reaction is usually to look first – there might be something cool! In this case, it was a sac spider, who, by now was on the nightstand hurrying to its mysterious destination. I know…some of you guys might think I’m crazy, but the point is I was not bitten. I was a mere bridge from the wall to the nightstand. There has been some media hype about sac spider bites causing necrotic lesions. There has not been any concrete evidence to back this up. Check out this article in the Journal of Tropical Medicine and Hygiene for the scoop.

I have captured sac spiders for observation and they’re quite boring contained.  The last sac spider I caught refused to eat the fruit flies or small crickets I offered and was uncharacteristically inactive. If a spider could look depressed, this one did. That’s why my latest visitor has been left to roam. I still have’t seen him. Maybe he is off to another part of the house or managed to get outside. Maybe the cats got him (I’d be so disappointed). Either way, he’s “it”.

Here are some really good blogs from like-minded spider peeps with more info (and better photos) all about the Yellow Sac Spider!