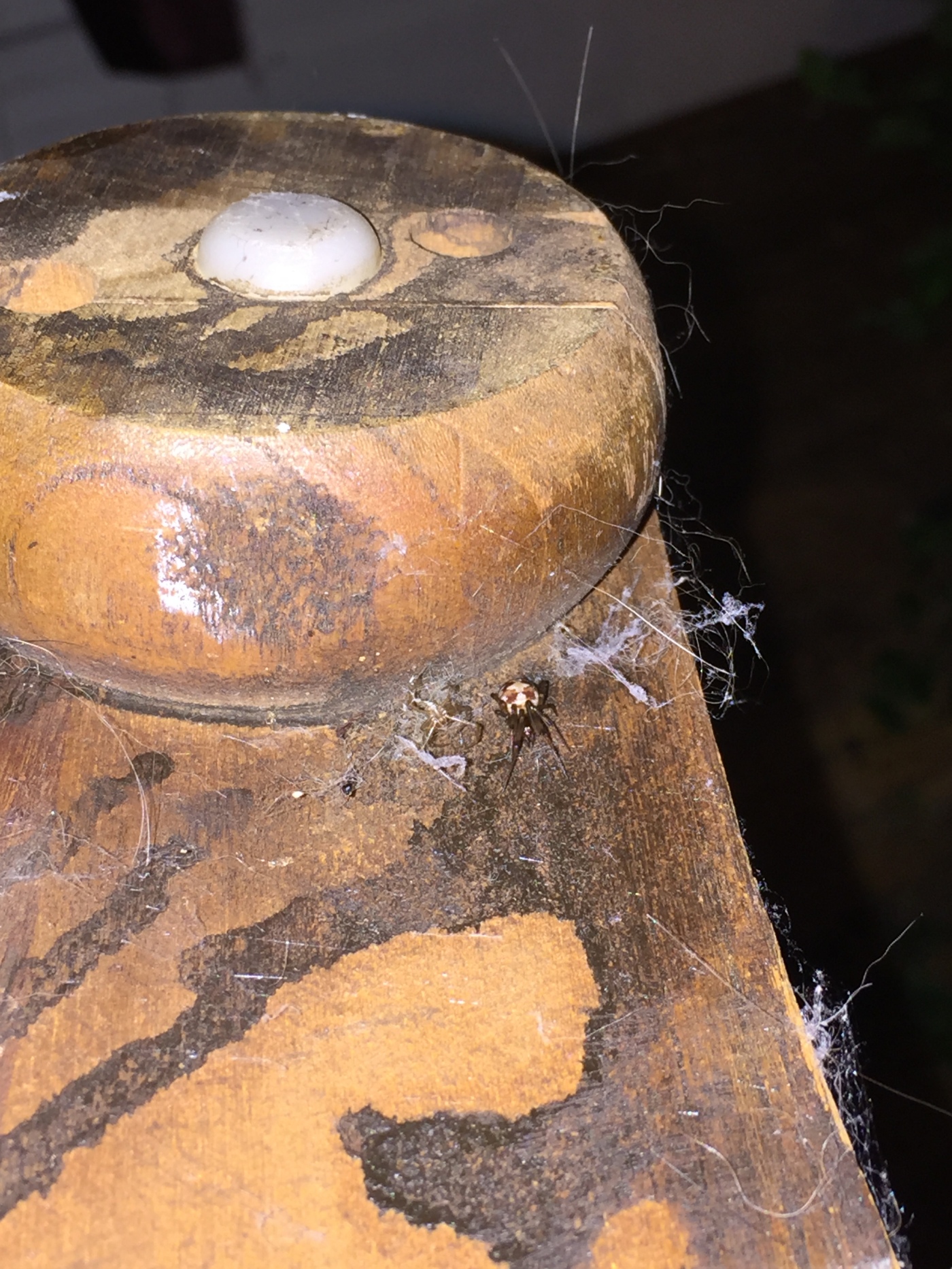 “How do spiders always seem to come back to the same place after I vacuum?” a friend asked. I knew what she meant because I’ve seen the same thing in my own house. I never really paid attention to these spiders as far as how many or how often they return after vacuuming. They just seemed to always be around and I was usually cool with that until the cobwebs became unsightly.

There can be a variety of common of spiders found living inside your home. By living I mean having a web in the same place day after day, mating, and reproducing all in the comfort of our climate controlled homes. This excludes the occasional wandering spider (wolf or jumper) who is just passing through and would much rather be outside. Some of the most common Pittsburgh house squatters I’ve come across are the funnel weavers who are usually in basement corners (they seem to love glass block windows), the “daddy-long legs” spiders who hang out among the rafters (and elsewhere), and the small, mottled spiders with the big, globe-shaped butts who tighten themselves into little balls when disturbed. The last group are the master vacuum evaders.

Commonly called House spiders (pronounced hahse spiders in Pittsburgh), Cobweb spiders, or Comb-footed spiders, these vacuum evaders belong to the family Theridiidae (pronounced thair-id-DEE-id-ee). The other two above mentioned spiders will hastily ditch their webs and make a run for it if there is a major disturbance. House spiders, on the other hand, squeeze themselves into a tight, little ball and hold on until there is no choice but to flee. It helps if they squeeze into tight balls while up and under something, like the rim of the litter box. Who knew? I began to note (more like became obsessed with) how many of these spiders I came across during house cleaning and how many came back after I thought I had been thorough.  There were at least 2 in every room: between the legs of the guitar stand, between the lamp and the couch, under the corner table, under the lip of a planter, etc. That’s when I started turning over tables and looking under stuff. One clever spider lived in the bathroom. It had a built a web on the floor between the wall and a wooden shelf. I dusted out the web (decorated with hair and fur) a week prior, yet there it was again, but this time, the spider was visible. I decided to relocate the spider (outside) and clean out the corner once and for all. I grabbed a vial and pushed it into the web to catch her, but the spider dropped to the ground and went under the little gap between the floor and the vinyl wall base, out of sight and out of reach! I swept out the web and the next day, she was back. But I knew her strategy and was able to catch her. She lives outside now (victory fist).

At this point, you may be questioning my housekeeping or lack thereof. In my defense, I am outnumbered! I collected a few sample specimens and identified them as Steatoda triangulosa.

Steatoda triangulosa are small,  spiders, up to 6mm from head to spinnerets. They could comfortably fit on a dime with their legs spread out. They are completely harmless and obviously good at hiding. Close up, they are very pretty spiders. They make tangled webs that look like scaffolding. Anchoring strands of sticky silk are attached to the ground. When a bug bumps into one of the strands, the silk sticks and snaps pulling the bug up into the tangle. The spider then rushes over and begins to comb swaths of silk over the prey. There is a row of serated bristles on the back two legs of most Theridiid spiders which give them the common name of “comb-footed” spiders. It looks like the spider is pedaling it’s back legs as it draws silk from the spinnerets. Here is a cool video of Steatoda triangulosa catching a bottle fly.

According to Richard Bradley’s remarks in Common Spiders of North America, these spiders can construct between five and 10 egg sacs during their life time (which may be a few years), each sac with about 30 eggs. The egg sacs are white, round, and cottony and are hung in the web. Even after the spiderlings have dispersed, the empty egg sacs remain so they can be a good indicator for spider ID. I’m thinking I probably have a whole family tree stemming from a single mama Steatoda triangulosa  ’cause guess what else I found while flipping over dressers…

I do admit, I went ham on tearing my apartment apart to find every vacuum evader I could find simply out of curiosity. I know I didn’t get them all. It’s actually normal to have spiders around the house. They are part of the habitat. There’s even a word for it: synanthropic – ecologically associated with humans. Some spiders are good at living with humans. They seem to be able to survive in our considerably dry environments where most other spiders would die from dehydration. They set up snares at floor level so their main menu consists of crawling bugs instead of flying bugs. I mentioned that these spiders are in the Theridiidae family. An interesting fact about this family is that they don’t grind up their prey while they eat like most other spiders do. They liquefy the insides and “drink” the fluid via puncture holes they make with their small fangs (by the way, spiders have mouths! They don’t suck bug blood through their fangs!) What’s left behind is an intact exoskeleton of the eaten bug so I was able to identify ants, stink bugs, an earwig, ladybugs, millipedes, and a centipede. I knew about the stink bugs and ladybugs getting in, but never see any of the other guys. Probably because the spiders get ’em. In this way, they’re actually nice to have around.

Here’s what I learned: The vibrations of the vacuum motor signals the spiders to ball up and hide. It’s the cobweb, not the the actual spiders that are the issue. They look messy, collect dust and hair, and have bug exoskeletons under them. The only way to really get rid of these spiders is to find them and remove them. This may require furniture flipping. I also need to dust more often…

4 thoughts on “The Vacuum Evaders”